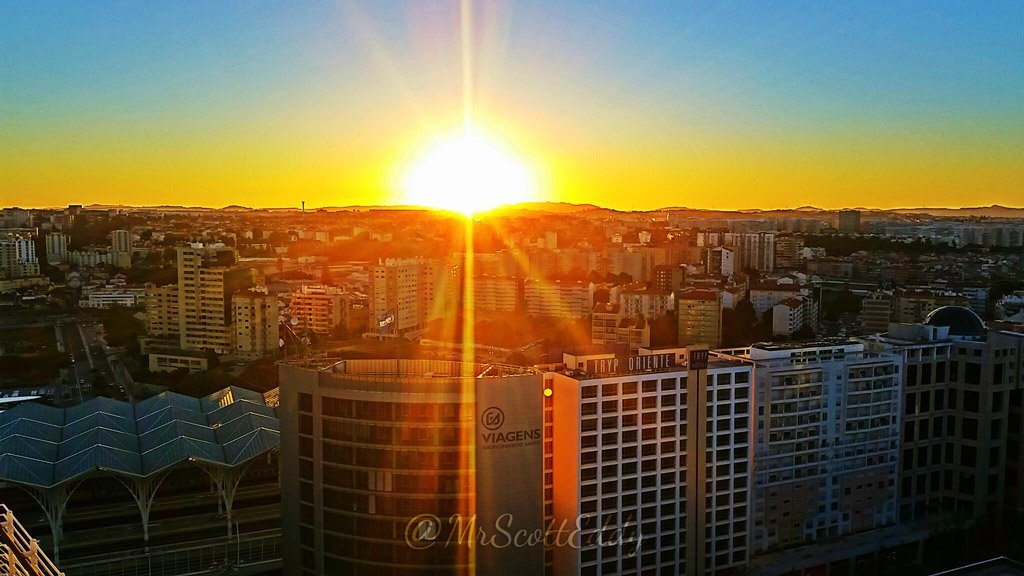 A few months ago I moved to Lisbon, Portugal on a consulting job, well the consulting is in central Europe, but I am based here. If you would have asked me awhile ago, there was no way I could’ve seen myself landing so firmly again in Europe. Life is funny, isn’t it? I will say this, it feels good to be back!

It’s been a fantastic summer in Lisbon, from the gorgeous scenery here for morning walks to the valuable business connections and friendships I’ve made. I’ve said it before and I’ll say it again: Twitter has changed my life. There have been so many times now that the power of social media has led me on interesting and totally unexpected twists and turns. My experience in Lisbon, so far, has been no different.

First of all, the consultancy itself came from a friend of a friend that I originally met on Twitter. But then, almost immediately after moving, I met one seriously inspirational and influential lady through just a few tweets.

Diana Castello Branco, the Director of Public Relations for the Four Seasons Ritz Lisbon, is actually the first person I met in Portugal. She takes care of the Four Season’s Twitter account, @FSLisbon. I was tweeting #Lisbon in excitement after arriving and she retweeted me around five times! It led to a meeting down at the hotel, which has led to unbelievable hospitality from dinners to private tours at the prestigious Ritz Hotel, but I what I didn’t expect was to meet such a kindred spirit as Diana. Her passionate and hard-working nature is a pleasure to be around and we’ve become good friends since then.

I also recently got the opportunity to visit Torre do Frade, a 7,400-acre farm and vineyard in Portalegre. It’s the family estate of my buddy Diogo – yes another friend made through the magic of Twitter. You can read the awesome story of how we were connected here. Diogo’s family took over the estate in 1839 (by the way, the property itself traces back all the way to 1348) and it’s been passed down from father to son now into the fourth generation. Torre do Frade’s wine is absolutely top notch. Trust me, I would know – we drank a lot of it!

I was a guest at the Miss Portugal beauty pageant. I was invited by one of the judges Sushil, @WadhwaSushil, who happens to be an entrepreneur and renaissance man extraordinaire. We met only a few weeks ago over Twitter, and now we’re talking about a few ideas for the Indian luxury market – stay tuned for more on that!

Last but not least, I was really pleased to meet Alex and Filipa behind Uber Libsoa (@Uber_Lisboa). I met them through the crew at Uber Bangkok (@Uber_Bangkok). At the Uber Bangkok launch party, I even won a contest for most engagement on an Instagram post. The contest is really how I got to be such good friends with Tiger ‘SuperUber’ Fang, who is one of the main Asian launchers for Uber, and a very good friend. Whatever city I go to, I always check to see if Uber is there, and if they are, I will always try to be the top customer.

So many different, cool experiences all linked through one common thread – Twitter. Some would say it all happened by chance but I don’t believe that. I owe the Twitterverse a big one for the way it brings together like-minded people and allows them to have an impact on each other’s lives.

My adventure isn’t done yet in Portugal and there are certainly more twists and turns on the way – I never know what to expect when I open up my Twitter feed. So if you are in Lisbon, don’t be shy. Drop me a tweet!

I will give you some more amazing pics from this beautiful city….enjoy!