They say that entire lifetimes can be lived through the different seasons we encounter as we grow. This is an absolute truth in the life of Mr. Scott Eddy. World Traveler, Business Owner, Entrepreneur, Stockbroker, Uncle, Brother, Son and Friend are all titles that Scott holds with pride as he is constantly and optimistically looking to the future evolution of his career and what he can bring to strengthen the brands he works with.

Life changed for Scott Eddy after losing his father 3 weeks before graduating high school. After months of feeling lost, unmotivated, and directionless, Scott joined an investment training program and excelled as a stockbroker over the next decade. After 10 years traveling between Florida and New York as a stockbroker, Scott said goodbye to the corporate world and embarked on his first life changing trip. Scott’s lifestyle gradually transformed into something he couldn’t plan or predict, starting with his moving permanently to Asia to explore life beyond living in the United States.

After living in Europe and Asia for 17 years, Scott fell in love with several different cultures and recognized the value of creating lasting relationships. Scott embraced his sales and business savvy once again by starting one of the first digital agencies in Southeast Asia. Owning and selling this agency gave him a deep understanding of the digital transformation several industries would encounter.

Scott is a true people person and believes human connection is the only key to success and happiness. Although based in South Florida, there is no one place he currently calls home and is a genuine citizen of the world, traveling full-time, living out of a few suitcases through countless destinations.

2020 changed the world of travel in ways no one could ever predict, and for better or worse, Scott Eddy has become the ‘go-to’ digital guy for the travel industry, understanding it far more than many others as he chooses to completely immerse himself in its development and growth.

This is @MrScottEddy, version 2.0, a stronger, more resilient brand advocate ready to move into his next temporary spot, leave his digital “mark,” and create the relationships that will carry him into his next great adventure. Why A VPN is Absolutely Necessary for Travel – And Why I Chose This One. 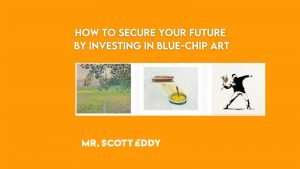 How to secure your future by investing in blue-chip art 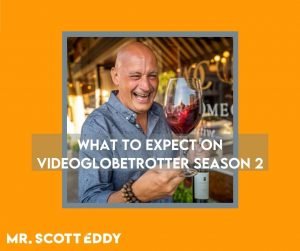 What to Expect on Video Globetrotter Season 2 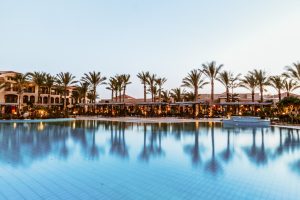 How to Travel Freely with nomad.me

“Scott is one of the few true entrepreneurs that I have met. His never-ending positive and energetic personality, combined with his daily tweets is a perfect combination for social media success. I read and savor his tweets on a daily basis, whether they are about life advice or simply funny anecdotes.”
BO KRISTENSENVice President, EZTABLE Global
“Air New Zealand has had the privilege of partnering with Scott on several occasions to put a global spotlight on our nation and our airline. He is a bundle of positive energy to work with and brings great creative ideas to drive strong engagement across social media channels.“
Mike TodAdviser to the Board and CEO, Air New Zealand
“I have known Scott for many years and there are many things that stand out about him -- he has the widest network of people I have ever met, his connections consist of the finest people around, he surrounds himself with extraordinary professionals, and his passion for life, travel, and adventure is unmatched. He is actually an Influencer who influences.....in a really good way.”
Jim MorrisVice President, Estate Management & Guest Relations, Charles Krug Winery
"The Grenada Tourism Authority engaged with Scott Eddy as a professional digital content creator who captured the very essence of our destination Pure Grenada, the Spice of the Caribbean in a fun, creative and inspiring way."
Patricia MaherChief Executive Officer Grenada Tourism Authority
Scott is one of the most fantastic and good hearted people I know. He is a brilliant networker and professional as well and has helped us tremendously establishing our business on the market, and pushed us in the right directions through social media. With Scott’s help we have created a lot of great content and collaborations, he is a natural talent in social marketing. Everyone in our team loves to work with Scott as he makes work so much more fun! Thank you and can’t wait to continue our future work together!
Ann Hafström Chief Operating Officer Bodvár - House of Rosés
The St. Kitts Tourism Authority has enjoyed a relationship with Scott that dates back to 2016 when he first visited the island. He is a hard worker - up before dawn - as anyone who has seen his striking sunrise footage can attest, and always seems to over-deliver on key metrics and targets. He has a distinctive ability to convey personal, in-depth, content about a destination that actually drives interest and intent to travel. Scott’s ability to engage with an audience may be his greatest strength, and one that was keenly evident to me when the Tourism Authority called upon him to deliver a virtual interactive seminar for our stakeholders on the effective use of social media. He was equally generous with his time and his talents in a lively session that was the genesis of many social accounts here in St. Kitts.
Racquel BrownChief Executive Officer St. Kitts Tourism
"I’ve been working with Scott Eddy for over 5 years now, and I find his work as an influencer for the luxury segment quite remarkable and outstanding. From the moment he sets foot at the airport, his travel experience starts to be documented in eye-catching photos. Not a single detail escapes his fine taste and lens! He knows how to travel in style and he reflects it impeccably in every post: from service, to gastronomy, to indulging moments everything’s captured and garnished with witty captions. I wouldn’t doubt for a second to contact him if I were planning a digital campaign aimed to reach hundreds of thousands of experienced travelers, as his approach to followers is prompt, super friendly and personalized."
Romina PadillaEngagement Director Solmar Hotels & Resorts
"We were thrilled to have Scott Eddy as a JM Lexus brand ambassador for a year. During that time, we were always impressed with his eager and creative approach to creating content for our brand, his prompt and honest communication style and his willingness to go above and beyond. Each post was engaging and perfectly on-brand, and the images were always professional quality. Scott was a great partner, and we look forward to continuing our relationship with him going forward."
Joy ArauzSenior Marketing Specialist JM Lexus
"Scott Eddy is a people person! I met Scott several years ago during a resort collaboration and we became fast friends. He loves sharing his business expertise and provides insights to help you improve your digital presence and manage your online reputation. He always adds value by providing hundreds of assets both still and video to help you promote your business. What I admire most about Scott is his ability to reinvent himself repeatedly across the Globe and extend his network to yours."
Alissa PerezDirector of Public Relations Grande Lakes Orlando (Ritz-Carlton and JW Marriott)
Previous
Next