Sri Lanka is on the brink of becoming South Asia’s “it” destination for the upscale traveler. Abercrombie and Kent, the world’s leading luxury travel company, are now operating tours out of Colombo, and a host of influential hotel groups are getting ready to make their mark: Hyatt later this year and Shangri-La by 2017. Lucky for me, I’m here to watch it all unfold and contribute to the progress: I’ll be spending the next few months in Colombo on a major consultancy gig. It’s amazing when you put it all into perspective, a country that’s been through a devastating nearly 30-year civil war and then the tsunami back in 2004. So far from my time here, I can see why Sri Lanka is called the “pearl of the Indian Ocean” – both the people and the landscape are breathtakingly beautiful and unbelievable resilient. To only say I’m in admiration would be a serious understatement.

But now Sri Lanka’s on the up. The country’s poised to become a serious tourist destination. According to Reuters, visitor arrivals jumped 20 percent last month compared to the same time in 2013. Now, travel bloggers are likening Sri Lanka’s southern beaches to Bali before all that Eat, Pray, Love. Sri Lanka is not overcrowded or westernized, and still wildly affordable compared to other more popular destinations in South Asia.

What’s amazing about traveling through Sri Lanka is the ability to make-your-own adventure off the beaten track. If you’re into surfing, there’s Arugam Bay with waves that rival Bali in sheer prowess. What about a wildlife safari through Yala National Park, where you’ll find the highest concentration of leopards in the world? If you’re into spiritual sightseeing, there is the UNESCO World Heritage Site Kandy. It’s the home to a tooth of Buddha, and next there’s Polonnaruwa, a lost city of beautiful and ancient ruins. Sri Lanka is still so untouched and undeveloped, and its roots in environmentalism and sustainability are growing in strong. It’s quickly becoming one of the leading countries in eco-tourism.

As you guys all know, I’m a luxury traveler kind of guy – and as far as comfort and splendor goes, the hotels in Sri Lanka are the cream of the crop. A couple of my favorites are Ceylon Tea Trails, a tea estate that offers rooms in colonial-style bungalows, and Amangalla, another colonial outfitting with old world antiques and Victorian relics. The Telegraph suggests doing a tour of the country by seaplane, with new and inexpensive domestic charters. This is something I’d definitely like to try in the near future.

One thing that really blew me away was climbing to the top of Sigiriya, is an ancient palace located in the central Matale District near the town of Dambulla in the Central Province. It is another UNESCO listed World Heritage Site. I don’t really have to explain much about it, take a look…

Just before I went to the top I made it to the top Experiencing Sri Lanka could probably be done in as little as a week to as long as a few months time. That’s all about to change though, with the plans for development that are slowly but surely coming through. I’m really excited to be part of that growth and watch infrastructure come in from the ground up. I urge everyone, whether you’re an avid traveler, thrill-seeker or nature enthusiast to come visit Sri Lanka now as the threads of change are beginning to unravel. 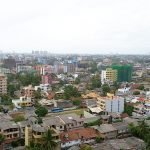 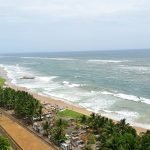 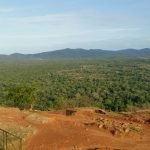 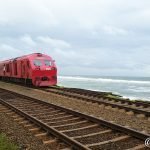 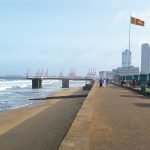 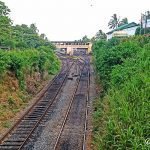 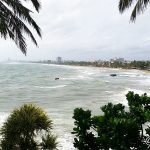 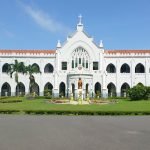 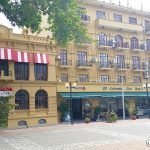 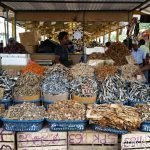 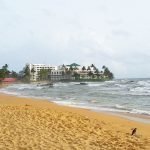 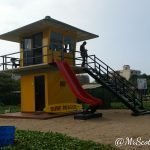 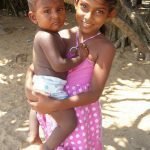 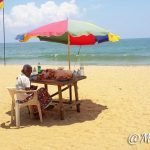 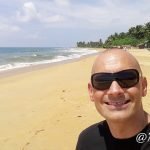 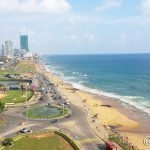